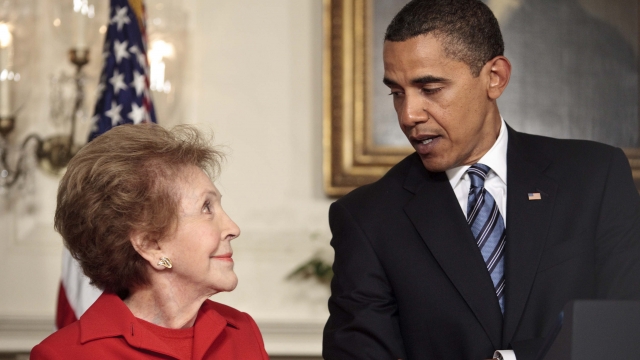 The Washington Post reports rather than attending the funeral in California, President Obama will instead keep his commitment to speak at the South by Southwest festival in Austin, Texas.

The Obamas released a joint statement about the former first lady after learning of her death Sunday, saying, "We remain grateful for Nancy Reagan’s life, thankful for her guidance, and prayerful that she and her beloved husband are together again."

She will lie in repose at the Ronald Reagan Presidential Library Wednesday and Thursday and will be buried next to her husband.

This video includes clips from the White House and C-SPAN and images from Getty Images.