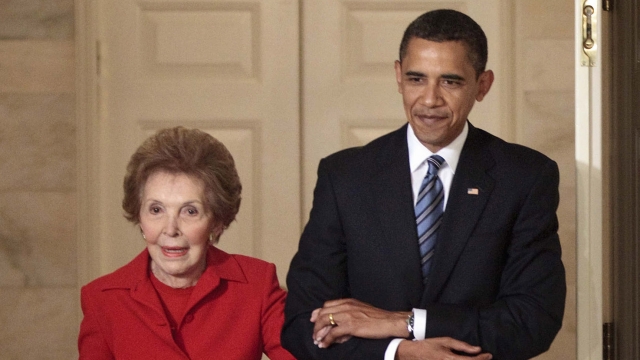 "Nancy Reagan’s funeral — Mrs. Obama is going.  Can you tell us who else is going to be in the delegation?" a reporter asked at The White House press briefing.

"The president will not attend. The president actually is traveling in Texas on Friday." Press Secretary Josh Earnest answered.

President Obama won't be at former first lady Nancy Reagan's funeral, and that announcement has been met with a bit of disapproval.

"Showing great Americans respect, even if you disagree with them, demonstrates class."

But Obama is definitely not setting any precedent regarding sitting presidents skipping first lady funerals here. It's actually more common than you might think.

Sitting presidents have missed the last few funerals for first ladies, including Betty Ford's, Pat Nixon's and Lady Bird Johnson's. President Carter sent his wife to represent him at the 1979 funeral of Mamie Eisenhower, as did President Reagan for the funeral of Bess Truman in 1982.

So it would seem the tradition is more for first ladies and their predecessors to pay respects at a former first lady's funeral.

And that tradition will be upheld Friday for Nancy Reagan. Nearly all of the living first ladies, except Barbara Bush are expected to be in attendance, including Michelle Obama.

This video includes images from Getty Images, the Dwight D. Eisenhower Presidential Library, The White House and the Library of Congress.