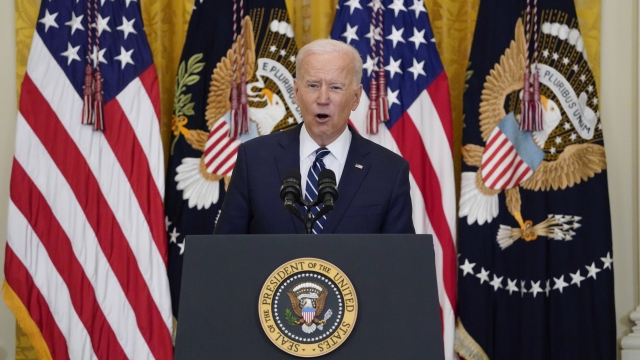 SMS
President Leaves Possibility Of Changing Filibuster Open
By Newsy Staff
By Newsy Staff
March 26, 2021
The change would allow him to pass his policy priorities without 60 votes in the Senate.
SHOW TRANSCRIPT

Immigration reform is just one of the president's policy priorities.

But without significant support from Republicans in the Senate, the bills proposed by the Biden administration won't become law. That's unless Democrats change the Senate's filibuster, the rule requiring at least 60 votes to end debate on a bill. President Biden left that possibility open.

"We're going to get a lot done," he said. "If we have to, if there's complete lockdown and chaos as a result of the filibuster, then we'll have to go beyond what I'm talking about."