What President-Elect Biden Will Need To Accomplish By Inauguration 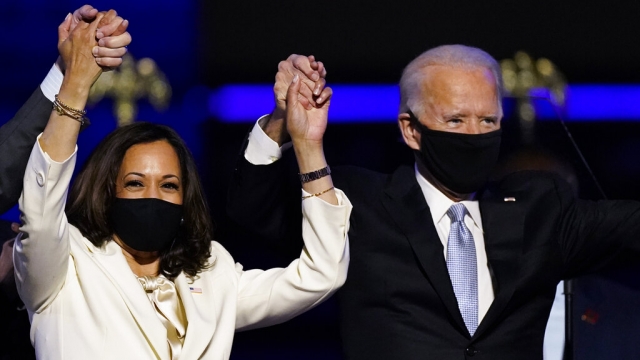 The election was called Saturday. The inauguration is set for January 20. So what happens in between?

Before President-Elect Joe Biden gets to the inauguration, there are a number of steps.

In November, the president-elect typically begins announcing his cabinet picks and traditionally meets with the sitting president. Members of his team will also begin meeting with career staff from various government agencies. On December 8, all state lawsuits and recounts must be resolved. By December 14, the Electoral College will cast votes. Typically electors are required to represent the candidate their state picked to be president. On January 6, Congress will count the votes and the President of the Senate, Mike Pence, will announce the winner.

While the timeline seems smooth, presidential historian and Fight House Author Tevi Troy says that wasn’t always the case, like in 2000 when the Florida recount shortened the transition timetable.

“Bush had a very truncated transition a very short time. And they just they didn't seem fully ready. I remember hearing about the first day in the White House. They didn't have the White House phone books available yet. So, people, top staffers didn't know how to reach each other. So they were kind of walking from office to office trying to find their colleagues,” said author and George W. Bush administration alum Tevi Troy.

The Pre-election Presidential Transition Act of 2010 alleviates some of the problems from 2000, by allowing campaigns support in the form of things like office space and computers, as soon as a nomination is secured.

However, Troy says the peaceful transition from one president to the next, goes back to our founding fathers, John Adams and his successor Thomas Jefferson.

“It's an important election, perhaps the most important election in human history, because you had a peaceful transition of power from one party to the other. But I would say that Adams didn't necessarily handle it so well, since he took off and left before the inauguration happens,” explained Troy.

This year, the winning campaign has $6.3 million allocated from Congress to spend on the transition, but the General Services Administration, run by President Trump's nominee, Emily Murphy, determines when to release funds based on when they determine a clear winner.