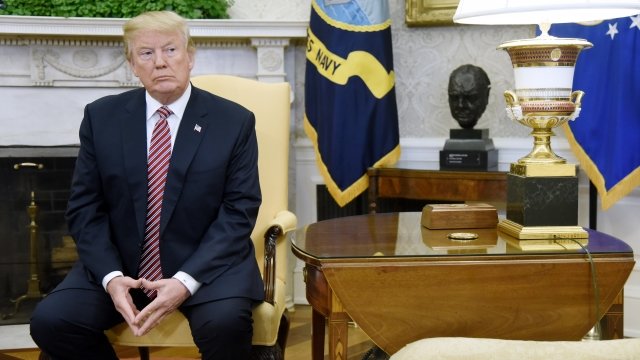 Only hours after President Donald Trump told reporters he would release a memo drafted by Democrats on the House intelligence committee, the White House now says that's not happening.

The Democrats' memo is a rebuttal to one written by Republicans, which alleged the FBI was able to get a warrant to surveil members of the Trump campaign by using the so-called Steele dossier.

The dossier was a salacious report about aspects of Trump's history that was funded in part as opposition research by Hillary Clinton's campaign.

Intelligence committee members agreed to release the Democrats' memo, giving Trump only a few days to review it and decide if he'd make it public. But on Friday evening, the White House said the Democrats' memo "contains numerous properly classified and especially sensitive passages."