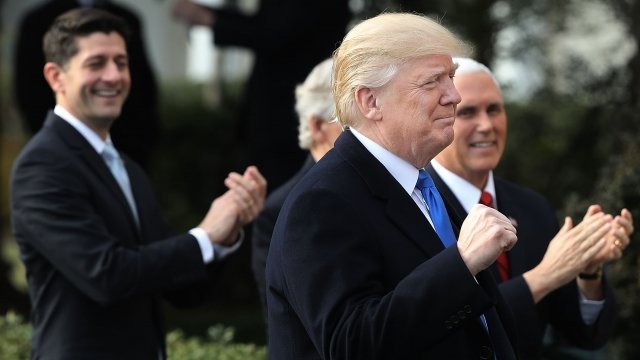 "We ... are making ... America great again. You haven't heard that, have you?" Trump said at the White House.

After a congratulations from the president, prominent GOP members gave praise for the accomplishment.

The bill will now head to Trump's desk for his signature, making it law. There's speculation Trump may not sign the bill until next year, though, to avoid certain automatic spending cuts.