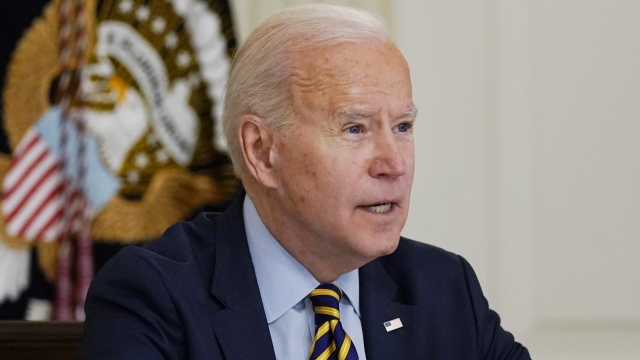 SMS
President Biden Condemns Crimes Against Asian Americans
By Simon Kaufman
By Simon Kaufman
March 12, 2021
The president condemned that bigotry in his speech On Thursday: "It's wrong. It's un-American, and it must stop."
SHOW TRANSCRIPT

On Thursday, also marked one year since shutdown orders went into place in the U.S.

The move came after the World Health Organization declared the coronavirus a global pandemic after it spread from an initial outbreak in China.

This week on Morning Rush, we've reported on the sharp rise in crimes against Asian-Americans over the past year in the U.S.

And the president condemned that bigotry in his speech last night.

"Too often we've turned against one another," he said. " ... Vicious hate crimes against Asian-Americans who are being attacked, harassed, blamed and scapegoated. ... It's wrong. It's un-American, and it must stop."

According to one civil rights group, there have been more than 3,000 reports of anti-Asian hate incidents over the past year.