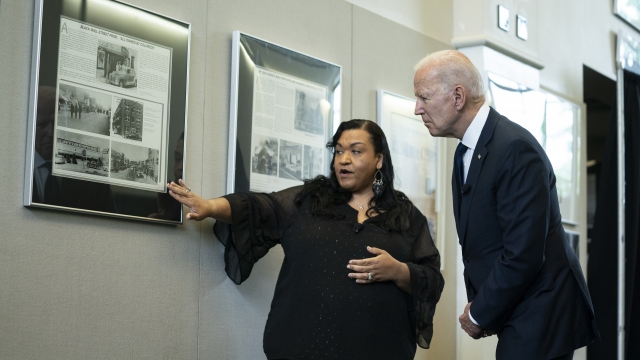 Historians say as many as 300 people were killed in the White mob attack on a community known as "Black Wall Street."

The president toured the Greenwood Cultural Center - which teaches people about the devastating attack. He also gave a speech, saying we must remember what happened in 1921 and not give hate a safe harbor.

"We do ourselves no favors by pretending none of this ever happened or doesn't impact us today because it does still impact us today. We can't just choose to learn what we want to know and not where we should," President Biden said. "We should know the good, the bad, everything; that's what great nations do. They come to terms with their dark sides and we're a great nation. The only way to build a common ground is to truly repair and to rebuild. I come here to help fill the silence because in silence, wounds deepen."