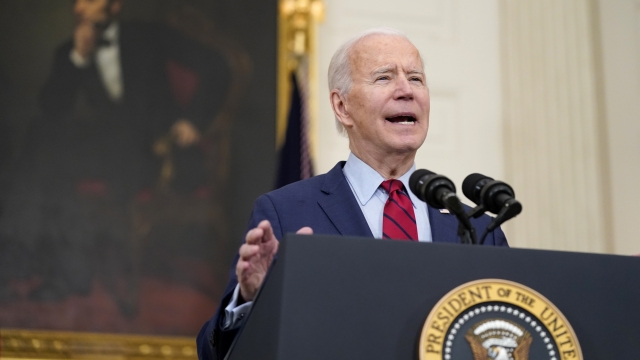 President Biden is calling on Congress to take immediate action to prevent gun violence after the mass shooting in Boulder.

"I don't need to wait another minute, let alone an hour to take common-sense steps to save the lives in the future and to urge my colleagues in the House and Senate to act. We can ban assault weapons and high-capacity magazines in this country," he said. "I got that done when I was a senator. It passed, it was law for the longest time and it brought down these mass killings. We should do it again."

He also urged the Senate to pass two bills that would close background check loopholes. They passed the house with some GOP support two weeks ago.

Majority Leader Chuck Schumer had already pledged to bring the bills up for a vote but they do not appear to have enough bipartisan support to pass.