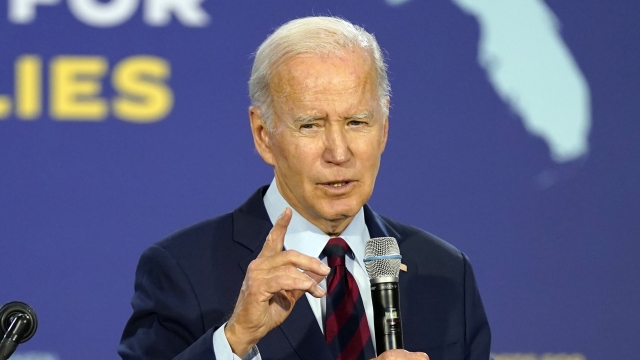 A week away from an election President Joe Biden has called "the most important by-election in our lifetime," the president is headed to South Florida. President Biden will give remarks on Social Security, Medicare and prescription drug costs in an official event; fundraise for Democratic gubernatorial candidate Charlie Crist; and take part in a rally alongside Crist and Democratic senatorial candidate Congresswoman Val Demings.

The president has not appeared in many rallies alongside candidates on the campaign trail, but in the final week ahead of the election is also expected to travel to New Mexico for events with the governor running for reelection, and take part in a Democratic National Convention rally in Pennsylvania over the weekend alongside former President Obama and Democratic gubernatorial and senatorial candidates.  The rally in Florida is expected to focus on the choice voters face this election and getting out the vote.

President Biden's Florida visit comes as recent statewide polling from the University of North Florida shows Democratic candidates Crist and Demings trailing in the midterm elections where each seat is key, especially in the battle for control of the Senate. Surveys show inflation and the economy continue to be top issues for voters. Information from Data for Progress, a progressive think tank, also showed Social Security and Medicare, and health care are also among the most important issues for congressional candidates to focus on.

President Biden frequently touts his administration's plans to lower health care costs, touting legislation that allows Medicare to negotiate drugs prices and caps prescription and insulin costs for Medicare and lowers health insurance premiums through the ACA marketplace, which opens enrollment on Tuesday. The administration is underscoring a "very different vision" with Congressional Republicans. They describe it as one that would roll back measures, raise costs and put health insurance and benefits at risk. President Biden criticizes Sen. Rick Scott over a plan he says would put social security and Medicare on the chopping block. 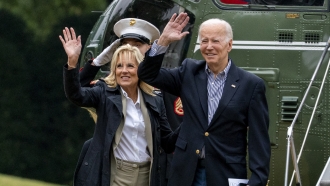 An 11-point plan from Scott calls for either sunsetting legislation after five years or passing it again, and calls on Congress to issue reports on plans if Social Security and Medicare run out of funding. In an interview with CNN, Scott indicated he wanted to preserve the programs and live within our means. President Biden said during remarks last week:

"President Biden has tirelessly fought to lower costs and make care more accessible for all Americans. We're doubling down to reach people where they are and get everyone connected to the care and peace of mind they deserve," said HHS Secretary Xavier Becerra in a released statement.

President Biden's visit to Florida continues a theme of focusing on actions from his administration and congressional Democrats the president says will help lower costs for families, while criticizing what he believes would happen under Republican leadership.

"Democrats do not care about the financial suffering of Floridians they've done nothing to address the problem and prices are at astronomically high levels," said Julia Friedland, the Florida communications director for the RNC.

Friedland said she believes President Biden's visit will be a reminder of what she calls the president's failures and a referendum of his leadership.

"Some of these democrats in power have had ample amount of time to do the things they complain about Republicans not doing," Friedland said.

A University of South Florida poll showed President Biden's approval ratings improved slightly, with 40% of Floridians approving of the job he was doing on "jobs and the economy" but with only 25% approving of his handling of recent inflation.