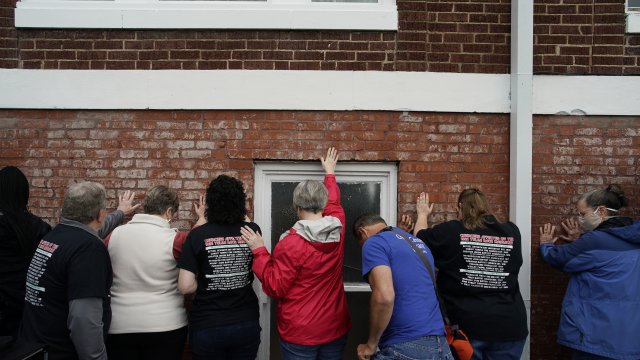 President Biden will be in Tulsa, Oklahoma today to commemorate the 100th anniversary of the Tulsa Race Massacre.

100 years ago today, a White mob killed hundreds of people and burned down homes and businesses in the Greenwood District, which is also known as Black Wall Street.

In Tulsa today, the president will meet with survivors who are between 100 and 107 years old.

Last night, a crowd gathered downtown to mark the initial shots that started the tragedy.

And earlier in the day, people came together to dedicate a prayer wall outside a historic church in the Greenwood District.

"This wall is not for us to remember the fight they fought. The wall is to give us the courage to fight the fights we still have to fight," said Rev. William Barber, the pastor of Greenleaf Christian Church.

National leaders joined local faith leaders to call for continued change and to offer prayers for those killed and those who survived.