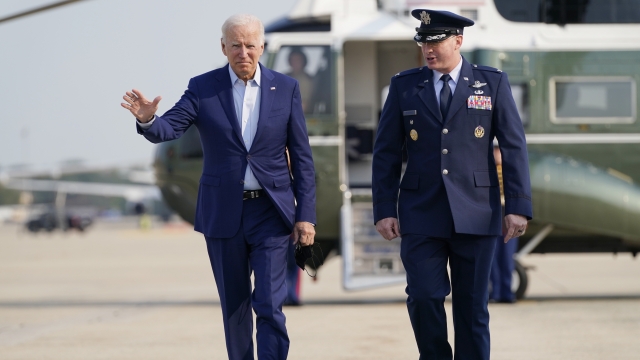 The White House did not immediately detail the president's agenda, but he will deliver remarks to the assembly of world leaders next week.

The 76th session of the United Nations General Assembly opens today and more than 80 leaders plan to attend in person. Last year's event was mostly virtual.

While the session opens today, general debate starts next week. That's when leaders from each country get to address the others.

President Joe Biden is set to deliver his first address to the United Nations General Assembly next week in New York, the White House announced Monday.

He plans to tell the assembly that he wants 70% of the world fully vaccinated by this time next year, according to the New York Times.

The paper says the president will also call for wealthy countries to buy or donate one billion extra doses of vaccines and finance another $10 billion for vaccine readiness over the next year and a half.