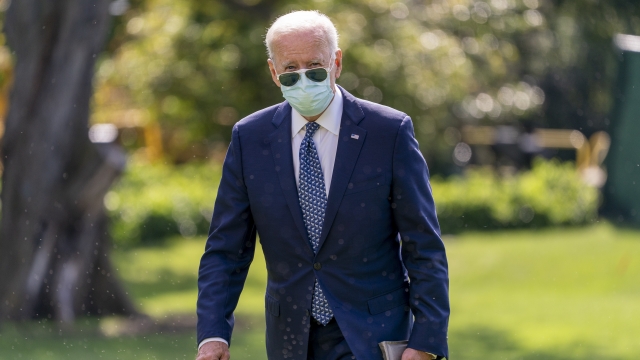 SMS
President Biden To Speak At U.N. General Assembly Tuesday
By Austin Kim
By Austin Kim
September 20, 2021
Issues such as the pandemic, Afghanistan and China's global influence will be some of the key talking points.
SHOW TRANSCRIPT

It's a significant week for President Biden on the world stage as he travels to New York for the U.N. General Assembly Monday.

The president will meet with the U.N. Secretary General Monday evening. He'll address the General Assembly for the first time as president tomorrow.

Issues such as the pandemic, Afghanistan and China's global influence will be some of the key talking points.

"We need to dismantle the power structures that allow discrimination, violence and economic hardship to keep one half of humanity down," he said. "And we need to make sure that girls and women have a seat at every table from the halls of power to the boardrooms of business."

Johnson called on his fellow leaders to raise $100 billion to help developing countries grow their economies in a sustainable way.