President Biden To Deliver State Of The Union Address March 1 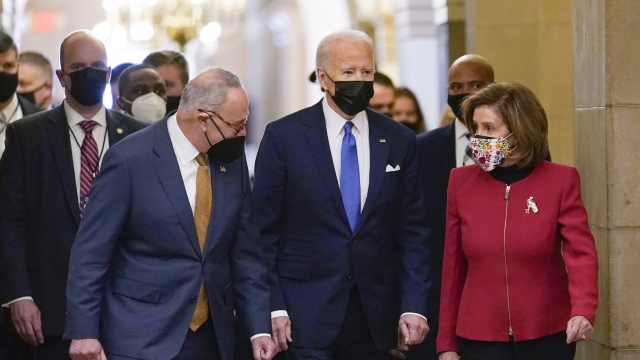 SMS
President Biden To Deliver State Of The Union Address March 1
By Associated Press
By Associated Press
January 7, 2022
The address is typically given in January but this delay is due to the winter spike in COVID cases, a busy legislative agenda and the Winter Olympics.

President Joe Biden will deliver his first State of the Union address on March 1, the White House confirmed Friday, after House Speaker Nancy Pelosi sent the president a formal invitation to speak to Congress and the American public one year into his term.

It will mark the latest any president has delivered a State of the Union address. The speech is normally timed for January, and occasionally for February.

Pres. Biden first addressed a joint session of Congress in April 2020, about 100 days into his time in the White House, which he used to promote twin infrastructure and domestic spending bills. He signed a slimmed-down and bipartisan version of the infrastructure proposal into law last year in crowning first-year legislative achievements. The larger expansion of the social safety net passed the House, but Pres. Biden has struggled to secure enough Democratic support in the Senate for passage.

“Thank you for your bold vision and patriotic leadership which have guided America out of crisis and into an era of great progress, as we not only recover from the pandemic but Build Back Better!," Pelosi wrote in her letter to Pres. Biden. “In that spirit, I am writing to invite you to address a Joint Session of Congress on Tuesday, March 1, to share your vision of the State of the Union.”