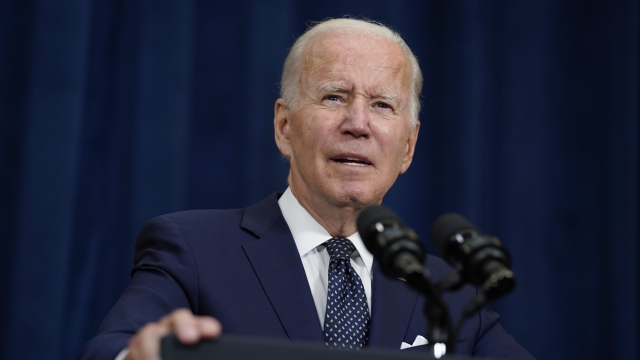 President Joe Biden is ending his COVID-19 isolation after testing negative for the virus on Tuesday night and again on Wednesday.

That's according to a letter the White House released Wednesday from President Biden's physician.

Dr. Kevin O'Connor writes that President Biden has completed his course of treatment with the drug Paxlovid and remains free of fever. O’Connor says that given those factors and the pair of negative tests, President Biden will discontinue his "strict isolation" measures.

In fact, President Biden is scheduled to appear in the White House Rose Garden around midday Wednesday.

O'Connor wrote in a new note Tuesday that President Biden had improved enough that he's able to resume his regular exercise routine.

President Biden's symptoms had "almost completely resolved," and all of his vital signs were good.

President Biden took his fifth and final dose of Paxlovid, which is intended to prevent severe symptoms from COVID-19, on Monday night.