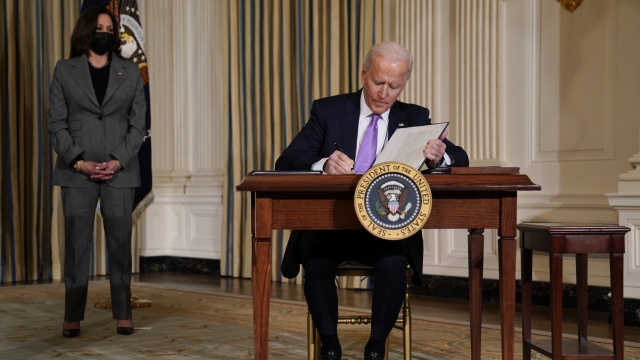 SMS
President Biden Signs Executive Orders For Racial Equity
By Newsy Staff
By Newsy Staff
January 27, 2021
He ordered the Department of Justice to end its use of private prisons.
SHOW TRANSCRIPT

President Biden has signed another series of executive orders.

The latest ones addressed racial injustice.

He ordered the Department of Justice to end its use of private prisons, directing the attorney general not to renew contracts.

President Biden said it's the first step to stop corporations from profiting off incarcerations.

"It's just been weeks since all of America witnessed a group of thugs, insurrectionists, political extremists and white supremacists violently attack the Capitol of our democracy," President Biden said. "And so now, now is the time to act. It's time to act."

The new orders recommit the federal government to respect tribal sovereignty and denounce discrimination toward Asian American and Pacific Islander communities over the coronavirus.