Summit Of The Americas: Leaders Talk Economy, Climate And Migration 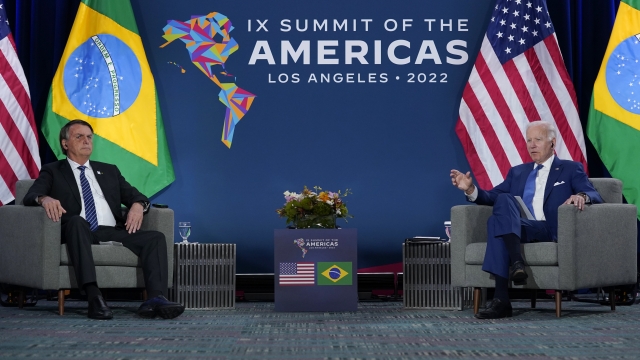 SMS
Summit Of The Americas: Leaders Talk Economy, Climate And Migration
By Adi Guajardo
By Adi Guajardo
June 10, 2022
President Biden and other Western Hemisphere leaders are meeting in Los Angeles to promote discord and unity amid a host of regional issues.

Day two of the Summit of the Americas kicked off with a heavy emphasis on democracy.

President Joe Biden held one-on-one meetings with the presidents of Canada and Brazil, announcing commitments and agreements targeting economic recovery in the Western hemisphere and much more.

"There is no reason why the Western Hemisphere can't be the most forward looking, most democratic, most prosperous, most peaceful, secure region in the world," President Biden said. 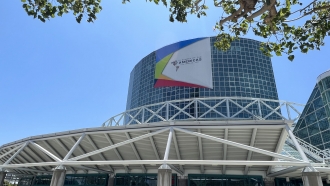 He called for unity, despite a deep division in the Americas over the leaders who were excluded from the summit in Los Angeles.

Mexico's president and other leaders boycotted the summit over the U.S. decision to not invite leaders from Cuba, Venezuela and Nicaragua.

Despite hesitation, the president of Brazil, Jair Bolsonaro, flew in to meet with President Biden for the first time, expressing interest in drawing closer to the U.S.

"I am quite certain that with the advent of my administration, both our administrations have never had such a great opportunity given the many affinities or shared areas of interest we have," Bolsonaro said.

He said Brazil is willing to cooperate toward a way out of the conflict in Ukraine, with hopes of a return to normalcy.

President Biden and Vice President Kamala Harris also met with the leaders of Caribbean nations to launch a new climate partnership. Two other major agreements announced were the Americas Partnership for Economic Prosperity and the Los Angeles Declaration on Migration.

Since Monday, protesters have chanted outside the summit, calling on President Biden to make good on a number of issues, including migration promises here in the U.S.

"He said in the first 100 days there was going to be an immigration reform," activist Carlos Eduardo Espina said. "We're still waiting. So we're just here to get our message out and also call on the international leaders from other countries to find regional human solutions to the immigration crisis."

President Biden will officially roll out the Los Angeles Declaration on Migration Friday and expand his plan to work with other countries to address the crisis.

Many immigration activists have been critical of how fruitful this plan will be without key leaders like the president of Mexico at the table. But the country's foreign minister is in attendance.