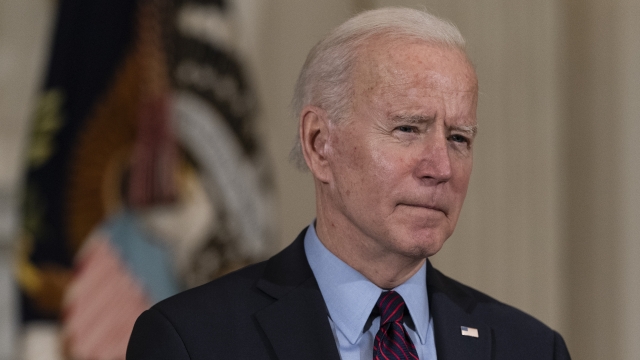 SMS
President Biden Says Trump Shouldn't Receive Intelligence Briefings
By Bailey Vogt
By Bailey Vogt
February 6, 2021
The president said it could be an unnecessary risk to provide Trump briefings due to his "erratic behavior."
SHOW TRANSCRIPT

President Biden said Friday there's "no need" to give intelligence briefings to former President Donald Trump, signaling the new administration may deny him a privilege typically offered to former commander in chiefs.

In an interview with CBS, the president said it would be an unnecessary risk to provide Trump briefings due to his  "erratic behavior."

“What value is giving him an intelligence briefing? What impact does he have at all, other than the fact he might slip and say something?” Biden said.

Intelligence briefings are currently offered to past presidents. Jimmy Carter, Bill Clinton, George W. Bush and Barack Obama all receive them. But it's the current administration's decision on who gets them.

She said in a Washington Post opinion piece that the former president was a "national security risk" who could use the intelligence for political or business gain.

President Biden said leaving his predecessor out of the briefings is unrelated to the Jan. 6 insurrection at the U.S. Capitol. That event led to Trump's second impeachment trial, which will begin on Tuesday.