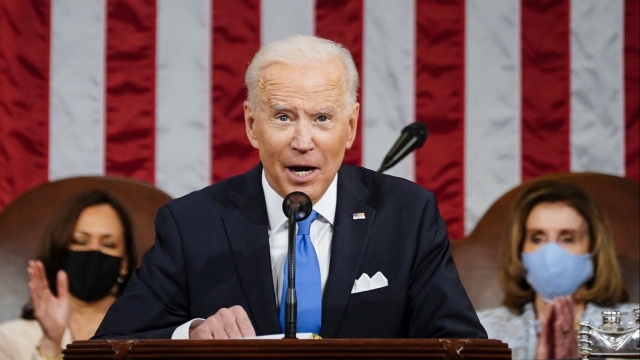 President Biden spoke about working together with both sides of the aisle when it comes to policy changes, specifically his infrastructure bill.

He said he's willing to listen.

"Investments in jobs and infrastructure like the ones we’re talking about have often had bipartisan support," said President Biden. "Vice President Harris and I meet regularly in the Oval Office with Democrats and Republicans to discuss the American Jobs Plan. And I applaud a group of Republican Senators who just put forward their proposal. So, let’s get to work. We welcome ideas. But, the rest of the world isn't waiting for us. Doing nothing is not an option."