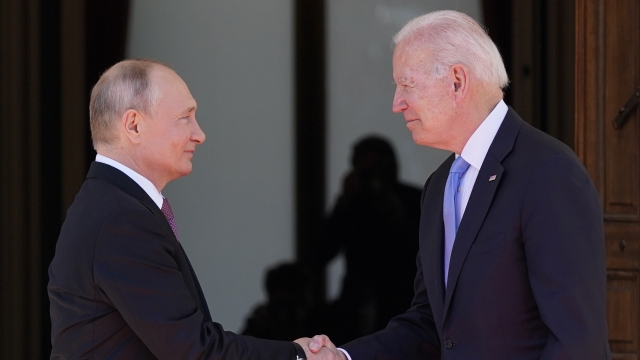 President Biden is back in Washington this morning after ending his weeklong European tour by meeting with Russian President Vladimir Putin.

"I did what I came to do. Number one, identify areas of practical work our two countries can do to advance our mutual interest and also benefit the world. Two, communicate directly, directly that the United States will respond to actions that impair our vital interest or those of our allies, and three, to clearly lay out our country's priorities and our values," the president said.

"It was substantive, it was concrete and it took place in an atmosphere that was geared toward achieving results," said Putin.

The U.S. and Russia agreed to return their ambassadors to their posts. Both leaders will also begin a strategic dialogue for future arms control and risk reduction measures. These are some steps toward cooperation despite their many disagreements.

President Biden said he brought up the imprisonment of two Americans in Russia, Paul Whelan and Trevor Reed, as well as Russian opposition leader Alexei Navalny.

"So human rights is going to always be on the table, I told him. It's not about just going after Russia when they violate human rights, it's about who we are," President Biden said. "How could I be the president of the United States of America and not speak out against the violation of human rights?"