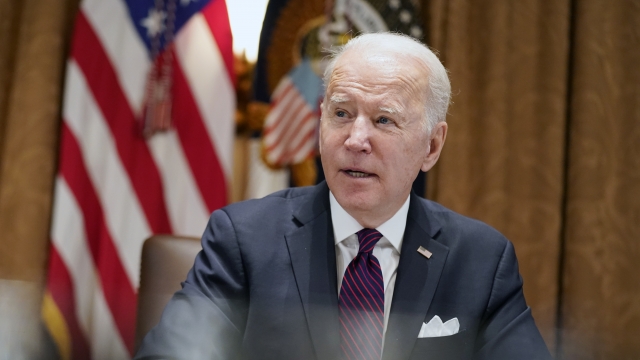 First, a buildup of Russian troops resembles Moscow's invasion of Ukraine in 2014.

"As we meet today, Russia has ratcheted up its threats and amassed nearly 100,000 forces on Ukraine's border, which it could double on relatively short order," said Secretary of State Antony Blinken.

Rising tensions don't end with Russia. China has been watching closely. Its government and People's Liberation Army are using the U.S. response to calibrate plans for the democratic island of Taiwan.

"In fact, the PLA is likely preparing for a contingency to unify the PRC by force while simultaneously attempting to deter, delay or deny third party intervention on Taiwan's behalf," said Ely Ratner, assistant secretary of defense for Indo-Pacific Security Affairs.

And there's still no consensus from the U.S. intelligence community over the origins of COVID-19.

"The intelligence community does not know exactly where, when, or how the COVID-19 virus was transmitted initially," Director of National Intelligence Avril Haines said.

The administration hasn't put forth measures to address China's refusal to comply with international probes.

And his approval rating fell below 50% in August, the day after the Afghan Taliban took control of Kabul. A chaotic pullout ensued, with more than 100,000 people evacuated and 13 U.S. service members and dozens of Afghans killed in an ISIS-K attack. The 20-year war ended, but it gave way to a humanitarian crisis and growing terrorist groups.

"It's a real possibility in the not-too-distant future, six, 12, 18, 24, 36 months, that kind of time frame, for reconstitution of Al-Qaeda or ISIS," said Joint Chiefs of Staff Chairman Gen. Mark Milley.

"I'm sending a clear message to the world," President Biden said. "America is back."

But in September, a new security partnership led to a diplomatic spat: The U.S., with the U.K., made a deal to provide nuclear submarines to Australia, in the hopes of countering China in the Indo-Pacific. The move excluded Washington's oldest ally, France, and undercut its submarine deal with Australia, sparking outrage in Paris.