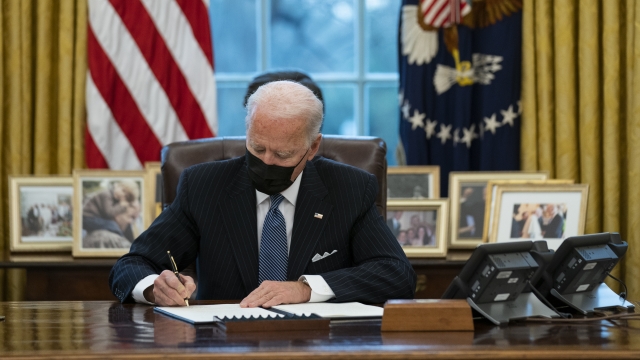 President Joe Biden has signed an order prohibiting any service member from being forced out of the military on the basis of gender identity.

As President Biden signed the order, he said he "is enabling all qualified Americans to serve their country in uniform."