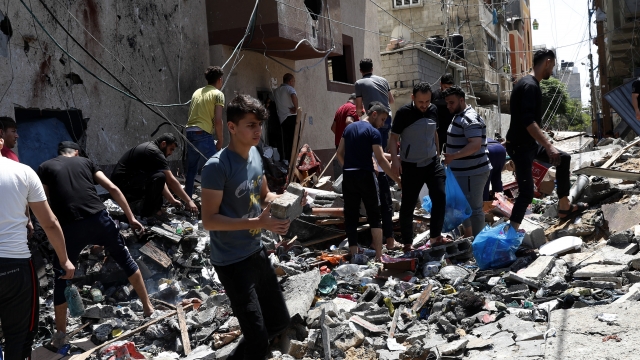 President Biden gave a speech hours after Israel and Hamas agreed to a cease-fire Thursday.

This follows 11 days of airstrikes and rocket barrages that killed about 240 people – mostly Palestinians. There had been increasing pressure from the U.S., Egypt and other countries calling for a cease-fire.

During his remarks, President Biden credited the Egyptian government with playing a crucial role. He also commended Israeli Prime Minister Benjamin Netanyahu for ending hostilities and reiterated American support for Israel, along with its right to defend itself against Hamas militants.

"I believe the Palestinians and Israelis equally deserve to live safely and securely and to enjoy equal measures of freedom, prosperity and democracy," President Biden said. "My administration will continue our quiet, relentless diplomacy toward that end. I believe we have a genuine opportunity to make progress and I'm committed to working for it."

The cease-fire went into effect at 2 a.m. Friday local time.