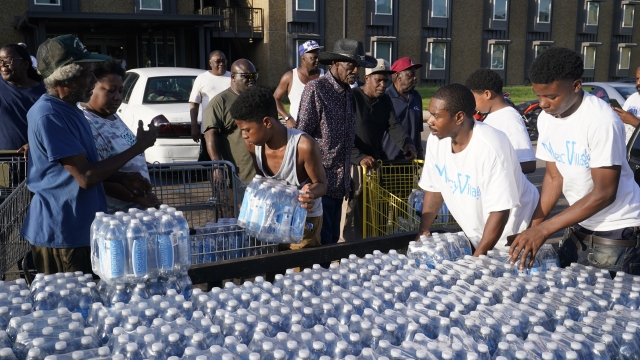 President Joe Biden said his administration has offered Mississippi "every single thing available" to address the water crisis that has gripped the state's capital, and he called on the governor to fix the problems.

"We've offered every single thing available to Mississippi. The governor has to act. There's money to deal with this problem. We've given them EPA. We've given them everything there is to offer," Biden said late Thursday.

The president was asked whether he would visit Mississippi and said he had no plans to at this point. President Biden said he has been talking to folks in Mississippi including the mayor of Jackson, Democrat Chokwe Antar Lumumba. He did not specifically say whether he had spoken to the governor, Republican Tate Reeves. 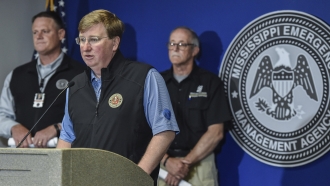 Residents in Jackson have long struggled with a faulty water system that frequently requires them to boil their water before using it. They were already under a boil-water order before flooding from the Pearl River exacerbated long-standing problems at one of the city's two water treatment plants this week, leaving many residents without any water at all.

Reeves declared a state of emergency, the National Guard has been called in and residents have been lining up at water distribution points to get bottled water for drinking and water to flush their toilets. President Biden approved an emergency declaration, directing his administration to surge federal assistance to the area.

City figures show that as of Wednesday morning 80% of the water system's customers had little or no water. It was unclear how many had been substantially restored as of Thursday.