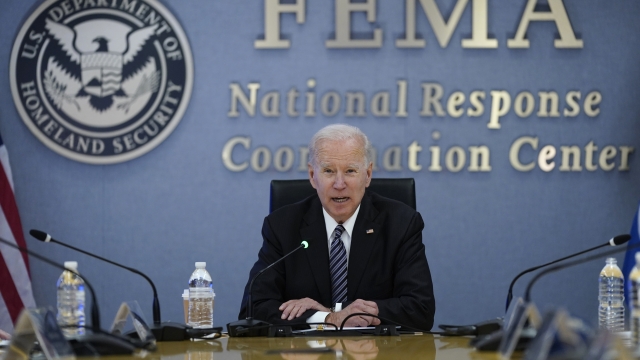 President Biden is making a move to get ahead threats that are out of our control.

He announced he is doubling emergency funding for communities to prepare for hurricanes and other extreme weather events.

The extra $1 billion in spending comes just ahead of the Atlantic hurricane season, which begins in June.

"When disaster strikes, we have to be there to protect and also help people recover. And so it's not about red states and blue states. Y'all know that. It's about having people's backs in the toughest moments that they face, ready with food, water, shelters, blankets and more," President Biden said.

This Atlantic hurricane season is expected to be busy but not as devastating as we saw last year, which was a record year.

President Biden also announced a new effort at NASA which takes a closer look at the impacts of climate change.