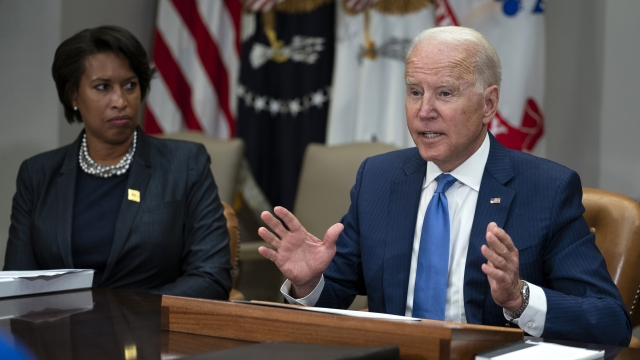 President Joe Biden will host New York City's Democratic mayoral candidate and other city and law enforcement leaders from around the country to talk about reducing crime.

Eric Adams, Brooklyn borough president and the likely next mayor of New York, plus Washington, D.C. Mayor Muriel Bowser and San Jose, California Mayor Sam Liccardo are among those expected to attend the meeting Monday, according to the White House.

Shootings and killings are up around the nation, with local politicians and police struggling to manage the violence that has ballooned since the coronavirus pandemic. But there is a continued push for police reform, revived nationwide after the death of George Floyd, and Biden is trying to work on both simultaneously.

The president recently announced new efforts to stem the tide of violence, but the federal government is limited in what it can do to help localities reduce the spike.

His plan focuses on providing funding to cities that need more police, offering community support and cracking down on gun violence and supplying illegal firearms. 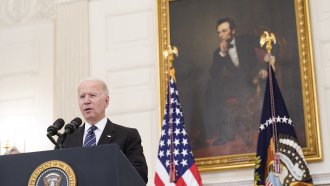 But much of Biden's effort is voluntary — centered on encouraging cities to invest some of their COVID-19 relief funds into policing and pushing alternative crime reduction steps such as increased community support and summer jobs for teenagers — often both targets and perpetrators of violence.

Biden will be joined Monday by Attorney General Merrick Garland and other anti-violence experts. The president is expected to talk through the work federal law enforcement is doing to stop the flow of illegal guns, including new strike forces in Chicago, New York, Los Angeles, San Francisco and Washington to help take down illegal gun traffickers and a new “zero tolerance” policy for dealers who sell guns illegally.

A federal effort is underway to expand and enhance community violence interruption programs in 15 cities.