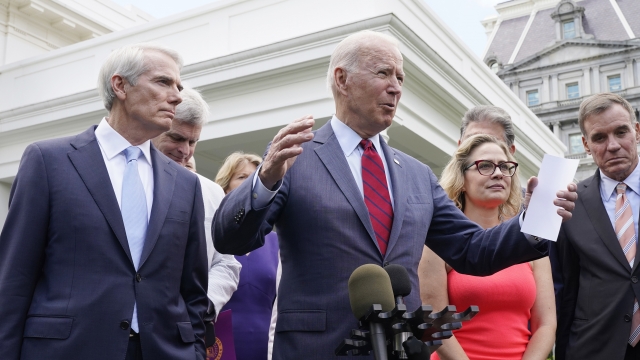 There's been a breakthrough in infrastructure negotiations. President Biden has signed off on a nearly $1 trillion bipartisan deal.

One of the Republicans involved in the talks with the White House, Sen. Susan Collins of Maine, said they've agreed on the price tag, the scope and how to pay for it.

The president praised the work across the aisle after meeting with senators.

"None of us got what we all wanted," Biden said. "I clearly didn't get all I wanted. They gave more than I think maybe they were inclined to give in the first place but this reminds me of the days we used to get an awful lot done up in the United States Congress. We actually work. We had bipartisan deals. Bipartisan deals mean to compromise."

This follows months of back and forth to push this deal over the finish line.

They need to get a majority of the House and 60 senators to support this plan. That's what's needed to pass most legislation.