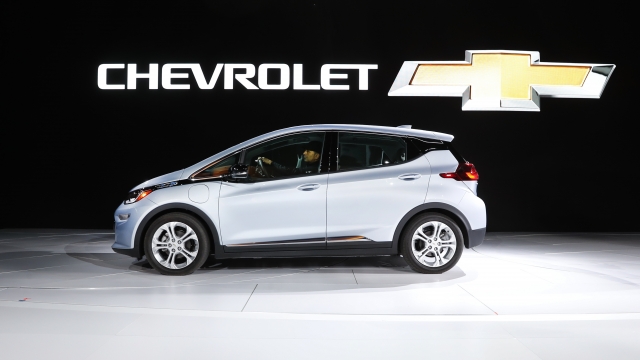 The Biden administration wants automakers to raise gas mileage and cut tailpipe pollution between now and model year 2026, and it has won a voluntary commitment Thursday from the industry that electric vehicles will comprise up to half of U.S. sales by the end of the decade.

The moves are big steps toward President Joe Biden’s pledge to cut emissions and battle climate change as he pushes a history-making shift in the U.S. from internal combustion engines to battery-powered vehicles. They also reflect a delicate balance to gain both industry and union support for the environmental effort, with the future promise of new jobs and billions in new federal investments in electric vehicles.

The administration on Thursday announced there would be new mileage and anti-pollution standards from the Environmental Protection Agency and Transportation Department, part of Biden's goal to cut U.S. greenhouse gas emissions in half by 2030. It said the auto industry had agreed to a target that 40% to 50% of new vehicle sales be electric by 2030.

Both the regulatory standards and the voluntary target will be included in an executive order that Biden plans to sign later Thursday.

The standards, which have to go through the regulatory process including public comments, would reverse fuel economy and anti-pollution rollbacks done under President Donald Trump. At that time, the increases were reduced to 1.5% annually through model year 2026.

Still, it remained to be seen how quickly consumers would be willing to embrace higher mileage, lower-emission vehicles over less fuel-efficient SUVs, currently the industry's top seller. The 2030 EV targets ultimately are nonbinding, and the industry stressed that billions of dollars in electric-vehicle investments in legislation pending in Congress will be vital to meeting those goals.

Only 2.2% of new vehicle sales were fully electric vehicles through June, according to Edmunds.com estimates. That’s up from 1.4% at the same time last year.

The White House didn't release information on the proposed annual mileage increases late Wednesday, but Dan Becker, director of the safe climate campaign for the Center for Biological Diversity, said an EPA official gave the numbers during a presentation on the plan.

The official said the standards would be 10% more stringent than the Trump rules for model year 2023, followed by 5% increases in each model year through 2026, according to Becker. That's about a 25% increase over the four years.

Last week, The Associated Press and other news organizations reported that the Biden administration was discussing weaker mileage requirements with automakers, but they apparently have been strengthened. The change came after environmental groups complained publicly that they were too weak to address a serious problem.

Transportation is the single biggest U.S. contributor to climate change. Autos in the U.S. spewed 824 million tons (748 million metric tons) of heat-trapping carbon dioxide in 2019, about 14% of total U.S. emissions, according to the EPA.