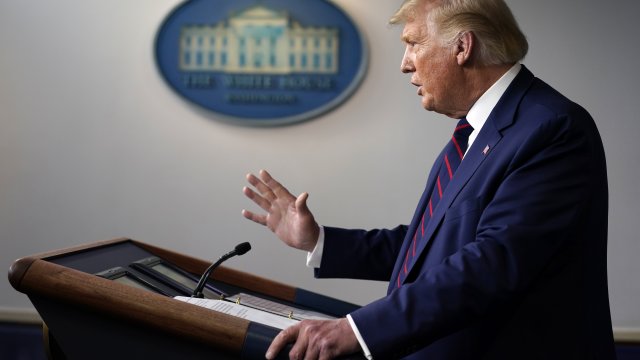 A memo by the White House Office of Management and Budget says the president wants federal agencies to cancel all trainings related to White privilege or that teach that the U.S. or any ethnicity is inherently racist or evil.

The memo ends, "The divisive, false, and demeaning propaganda of the critical race theory movement is contrary to all we stand for as Americans and should have no place in the Federal government."

Soon after the memo, the president tweeted saying he would take away funding from California schools using the New York Times "1619 Project" in their curriculum. Using the date of the first slave ship arriving in America, the Pulitzer-Prize winning series reexamines American history in light of slavery and the contributions of Black people.

Many experts say diversity awareness training and curriculum about racial inequities are essential to learning America's history. But the president has said he doesn't believe systemic racism exists in the U.S., and Attorney General William Barr says it doesn't impact policing.

Democratic vice presidential nominee Kamala Harris said on CNN's "State of the Union" Sunday the opposite is true.

"I think that Donald Trump and Bill Barr are spending full time in a different reality. The reality of America today is what we have seen over generations and frankly since our inception which is that we do have two systems of justice in America."