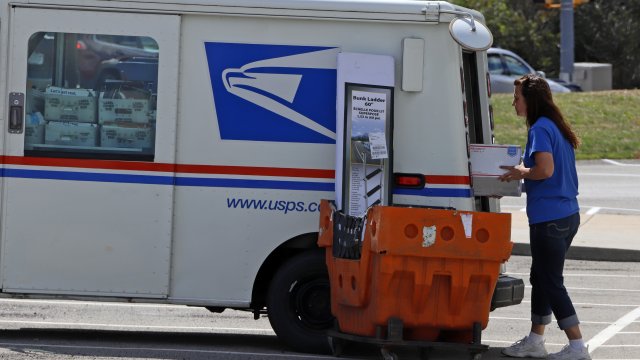 Life-threatening delays of mail-order medicine still have not been totally fixed. In fact, they might be getting worse. And doctors are warning of a potential knock-on effect, especially for senior citizens.

“We’re going to have a health problem with people going days and maybe even weeks without medications that they need,” said Dr. Adrian Burrowes, a physician who specializes in geriatric care.

A new Senate report says delays have been increasing during the summer. The report, prepared by Democrats Elizabeth Warren and Bob Casey, accuses Postmaster Louis DeJoy of risking the health of millions of Americans, and calls on Congress to provide emergency funding to the postal service. DeJoy has defended his changes, which include fewer mail trips. But the delays started in May, before DeJoy took over.

Problems go beyond the Postal Service to private carriers, like FedEx. And more people are ordering their prescriptions by mail, to avoid potential COVID exposure at the pharmacy.

“Anything respiratory; asthma, emphysema; people with kidney disease, diabetes, high blood pressure, and anyone over the age of 65, regardless of what the medications are,” Dr. Burrowes said.

There are options for patients, like asking their doctor for a 90-day supply. But some obstacles are harder to deal with.

“Many of these individuals are unable to make it to a brick-and-mortar pharmacy. Maybe they’re homebound, or maybe it’s only possible for them to get this type of prescription through a mail order company,” said Fred Riccardi, president of the nonprofit Medicare Rights Center.

Private delivery companies, from UPS to even Amazon, which owns PillPack, are working on getting delivery volume back to normal. But the U.S. postal service remains mired in political controversy, and more funding remains up in the air.