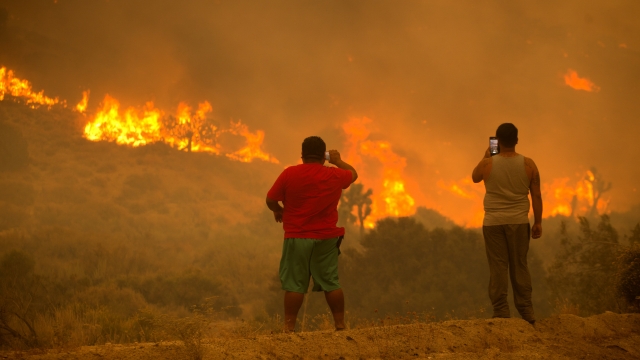 Record-breaking wildfires on the West Coast have burned millions of acres and focused tens of thousands of people out of their homes. Experts say warmer temperatures have only made wildfires worse.

"Climate change has made conditions drier and warmer, but on top of that we also have this extraordinary overgrowth of fuels across our landscape," Miller said.

A prescribed fire is a fire set on purpose to clear out ground fuels like dead leaves and fallen tree limbs. Other fuel treatments include mechanical thinning and managed wildfire.

Miller's study looked into the reasons why prescribed burns weren't being used as much in California. She says about 20 million acres or about 20 percent of California’s forests could use fuel treatments.

She said things like concerns of liability, delays and not enough trained prescribed burners have limited the number of prescribed fires in the state.

Last month California and the U.S. Forest Service agreed to each increase their fuel treatments annually to 500,000 acres a year within a couple of years. That's a total of one million acres each year.

Len Nielson with Cal Fire says a workforce will need to be developed to reach this goal. A number of other agencies are also helping.

"You look at 3.6 million acres of fires that have burned since the beginning of August and it's readily apparent that having a very robust prescribed fire program would definitely prevent and reduce that kind of number," Nielson said.