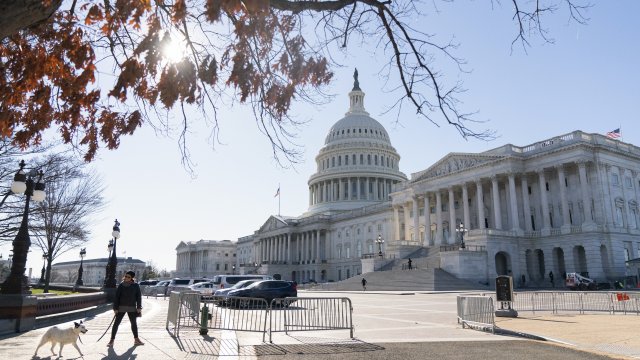 Senate Majority Leader Mitch McConnell said the Senate will begin a process to consider the pay bump alongside two other White House priorities.

He says they must do so unless they "have a death wish."

But we don't know if the Senate will approve the increase before the term ends this weekend.

"Is there objection to the modification?"

Instead, McConnell said the Senate would begin a process to consider the pay bump alongside two of the president's other demands: repealing certain liability protections for big tech platforms and strengthening election security.

Rolling the issues into the bill to increase relief checks could sink its chances of passing.