Pres. Trump To Rally In Georgia Ahead Of Senate Runoffs 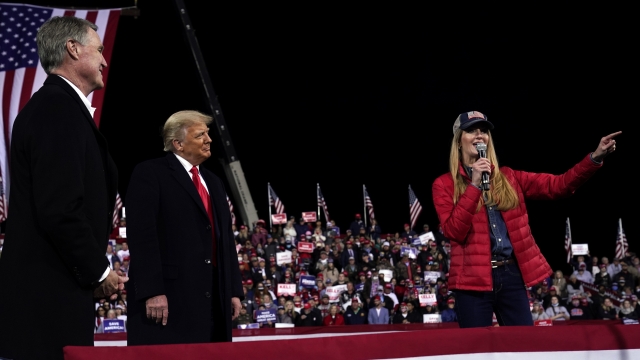 The outcome of Georgia's runoffs will determine the balance of power in the U.S. Senate.

With just a little more than a week left until the Georgia runoff election, President Trump said he's going to hold a rally to garner more support for the Republican candidates.

The president tweeted that he will be in Georgia next Monday, a day before the runoff.

The Republican National Committee said it is hosting a rally that night in Dalton, Georgia.

Senators Kelly Loeffler and David Perdue are expected to speak.

They're facing off against Democratic challengers Raphael Warnock and Jon Ossoff.