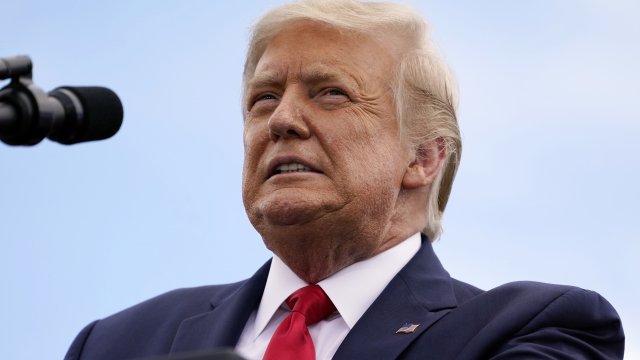 SMS
President Trump To Announce A Further Troop Reduction In Middle East
By Newsy Staff
By Newsy Staff
September 9, 2020
The decision about Afghanistan will reportedly be made official in the coming days.
SHOW TRANSCRIPT

He's also expected to announce troop reductions in Afghanistan in the coming days.

Both moves have been in the making for a while. There are more than 5,000 U.S. troops in Iraq. The U.S. military went to Iraq in 2014 to help support the government in its fight against ISIS.

The president is expected to announce the plans as he deals with the fallout from a recent article in The Atlantic. The article reports the president referred to American soldiers killed in combat as "losers" and "suckers." He has denied the report and called it a "fake story."