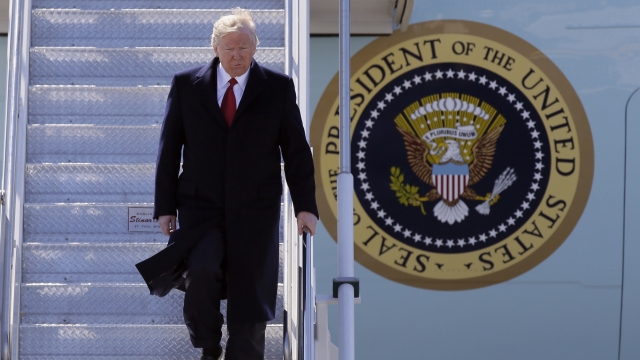 SMS
Pres. Trump Threatens To Permanently Pull Membership From WHO
By Bailey Vogt
By Bailey Vogt
May 19, 2020
The president said unless "major substantive improvements" are made in the next 30 days the U.S. will "reconsider" its membership
SHOW TRANSCRIPT

President Donald Trump is threatening to end the U.S. relationship with the World Health Organization — providing an ultimatum to permanently cut funding unless changes are made.

In a letter to the WHO director-general, the president said unless "major substantive improvements" are made in the next 30 days  the U.S. will "reconsider" its membership with the United Nations agency.

The president has called the WHO "a puppet of China" and accused the health organization of not taking early reports of coronavirus outbreaks seriously.

He also called for the organization to "demonstrate independence" from China, referencing reports that the WHO withheld information at the request of Chinese President Xi Jinping. The WHO has denied those charges.

President Trump already halted WHO funding in April. However, he said if changes aren't made that temporary hold on funding would become permanent.

The president's letter comes after over 100 countries voted to start an independent investigation into the WHO's handling of the coronavirus pandemic.