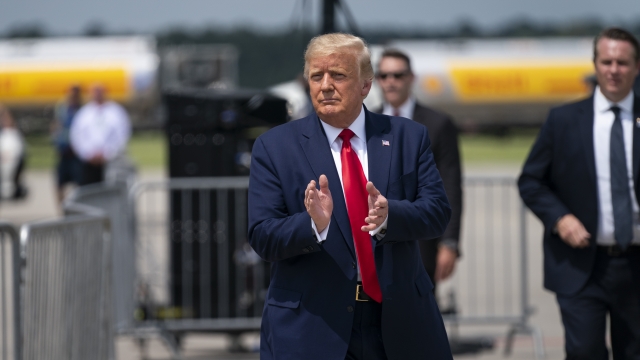 While in North Carolina yesterday, President Trump encouraged his supporters in the state to test the system by voting by mail and in person.

The state is reminding people it is illegal to vote twice in an election and voter fraud is a felony offense.

North Carolina election officials also said Thursday the state has checks in place to catch anyone trying to vote twice. They said there are numerous measures in place to prevent anyone from actually getting two votes registered.

President Trump has repeatedly said, without evidence, that mail-in voting would increase the chances of fraud in the election but experts say that is very unlikely.

North Carolina is a crucial swing state that President Trump won in 2016, but some polls show that he and Democratic presidential nominee Joe Biden are currently within a couple of percent of each other there.