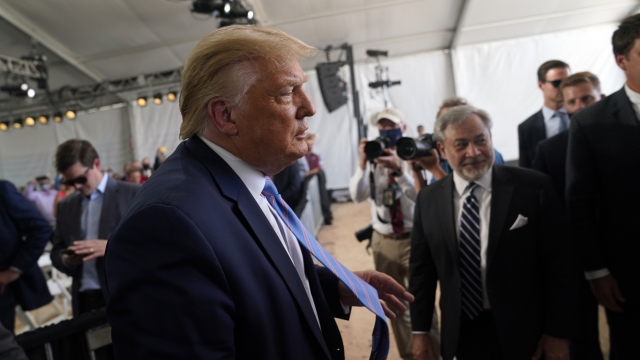 On Twitter Thursday morning, President Donald Trump suggested the November election should be delayed, but changing that date is not within his power.

The U.S. has voted on a Tuesday in November since the 1840s, and changing that date requires an act of Congress. That means the president would need support from the Democratic-controlled House, which is highly unlikely.

Even if Congress approved a bill to change the date, the election can't be pushed back very far. The Constitution requires the new Congress to be sworn in on Jan. 3 and the president's inauguration to be on January 20.

A spokeswoman for the Democratic National Committee said, "Trump's threat is nothing more than a desperate attempt to distract from today's devastating economic numbers."

Even Republicans are speaking out against the president's suggestion. House Minority Leader Kevin McCarthy said we should move forward with the election as planned. And Senate Majority Leader Mitch McConnell reportedly said the election date is "set in stone."