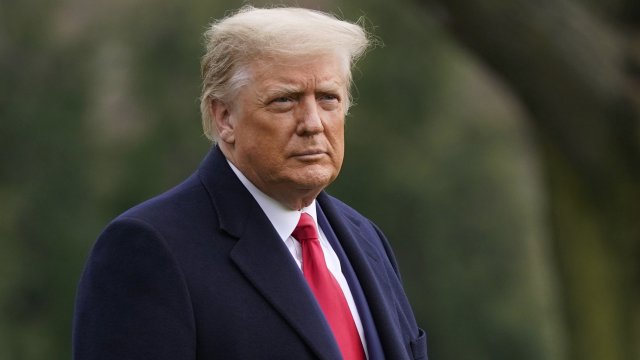 President Trump has signed the 900 billion dollar COVID relief deal, just days after he said he would not accept it.

President Trump has signed the 900 billion dollar COVID relief deal... Just days after he said he would not accept it.

It took lawmakers months to agree on a deal and many are relieved it is moving forward.

"The president has finally decided to do that is good news." Said Rep. Adam Smith "I mean, it points out his limitations as a president. He really doesn't pay much attention to the details of the legislation that he's working on or to the impact that it has on people or he would've signed this in the first place because as you noted, this is the deal that his White House negotiated. So I'm glad he's signing it cause he's going to help a lot of people"

Senate Majority Leader-- Mitch McConnell said while the bill is not perfect... It will help Americans across the country.

House Speaker Nancy Pelosi called it welcoming news for those who have been affected by the pandemic.