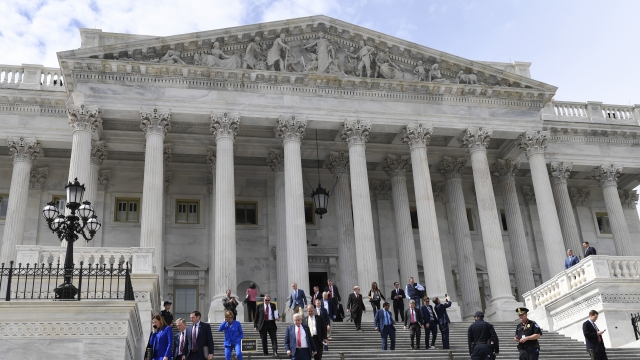 Pelosi and House Democrats unveiled the plan on Tuesday. It includes a number of Democratic priorities: Another round of $1,200 stimulus payments to Americans, $915 billion for state and local governments, hazard pay of $13 more per hour for essential workers in high-risk industries and funds for mail-in ballots for the November elections.

Senate Majority Leader Mitch McConnell said Republicans in the Senate are working on their own version of a "major package."

He said, "[The House Bill] is not something designed to deal with reality ... This is not a time for aspirational legislation, this is a time for practical response to the coronavirus pandemic."

If the bill did pass, it would also include $100 billion in assistance for renters facing eviction and an extension of the $600 per week in unemployment payments which was introduced in an earlier relief package.

The legislation also provides $75 billion for coronavirus testing and monitoring, as well as an additional $25 billion bailout for the U.S. Postal Service.

The House is expected to vote on the newest relief package on Friday.