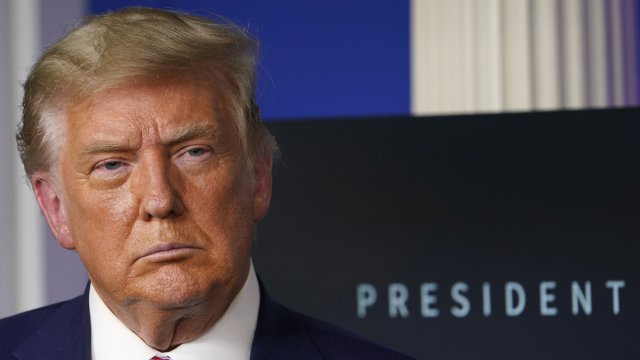 President Donald Trump pressured Georgia election officials to overturn President-elect Joe Biden's victory in the state during a phone call Saturday, according to The Washington Post.

"I just want to find 11,780 votes, which is one more than we have. Because we won the state," President Trump said.

In audio of the call obtained by the Washington Post, President Trump can be heard insisting to Georgia Secretary of State Brad Raffensperger that the state's election results are inaccurate and should be recalculated. However, Raffensperger pushed back.

"Well Mr. President, the challenge that you have is, the data you have is wrong," Raffensperger said.

Over the course of the roughly hour-long call, President Trump also insinuated that Raffensperger and others could be subject to criminal liability if they didn't find that thousands of ballots were illegally destroyed in Fulton County, an unsupported allegation.

President Trump confirmed the call on Twitter Sunday, writing that Raffensperger was, quote, "unwilling, or unable, to answer questions such as the 'ballots under table' scam, ballot destruction, out of state 'voters,' dead voters, and more." Raffensperger responded to the tweet, writing, "Respectfully, President Trump: What you're saying is not true. The truth will come out."

This comes just as a group of Republican senators say they will not certify Biden's electoral college victory in a vote scheduled for Jan. 6.