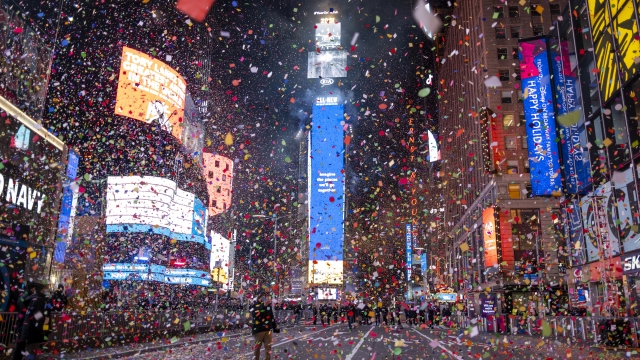 President Trump and President-elect Joe Biden issued statements ahead of the new year.

Both focused on the pandemic.

The president thanked U.S. medical and military personnel for their part in rolling out the COVID vaccine.

"I want to thank all of the workers, scientists, doctors and members of the military who helped make Operation Warp Speed possible. Before the pandemic, we built the greatest economy in the world. Now, we're doing it again.

While President Trump praised the vaccine rollout, the administration failed to hit the goal of vaccinating 20 million Americans before the new year. As of Wednesday, fewer than 3 million have been given.

As for Biden, he also honored health care workers and encouraged people to get vaccinated.

"I'm more optimistic about America's chances than I've ever been and I've been around this for a while. We have the most productive workers in the world, we've now found vaccines that are available and they're gonna work. We just have to get a better way of getting more out there, quicker."

Biden has promised 100 million COVID vaccinations in his first 100 days of office. His inauguration is set for January 20th.