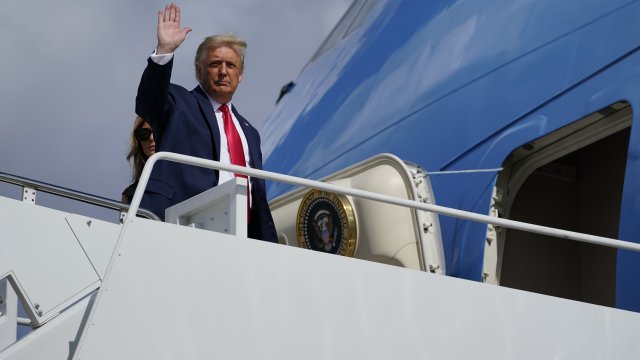 President Trump posted his full, unedited interview with CBS' "60 Minutes" on Facebook, days before its set to air.

He tweeted the video showed "bias, hatred and rudeness" on behalf of the network and his interviewer Lesley Stahl.

It shows Stahl pressing him about the economy, his response to the coronavirus, and his slipping poll numbers.

"Frankly, if I didn't have social media I'd have no way of getting out my voice," the president said.

She replied: "That's not true."

The president eventually cut the interview short by about five minutes.

CBS released a statement quickly after the president's post.

The network said, even though the president "disregarded" their agreement not to distribute the White House filmed account of the interview, "60 Minutes" will still provide its "full, fair and contextual reporting."

It also called Stahl one of the "premier correspondents" in America.