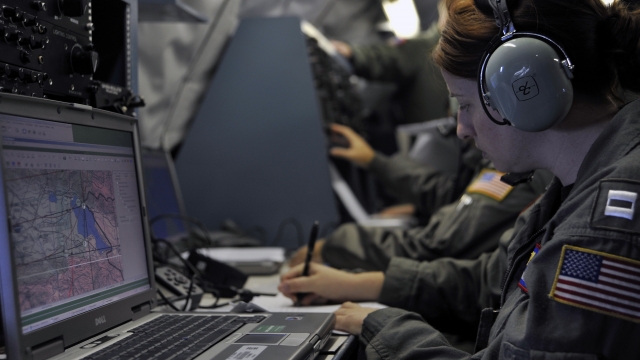 In his last days in office, President Trump has announced the U.S.’ withdrawal from a nearly three-decades-old arms agreement called the Treaty on Open Skies, and many experts are concerned the military and other intelligence agencies will lose important data as a result.

The treaty lets members conduct observation and surveillance of flights in other territories.

"I don't think it's crucial for reconnaissance, for verification of whatever arms control treaties remain, of which there aren't many, of course. But in terms of the most important technical means we, the United States have, and our major allies have, to know what Russia is up to, ... we don't really depend on these pre-scripted aircraft flights over the territory of Russia and other former Warsaw Pact nations. It's really much more about confidence building, about letting some of the smaller countries have access to each other's airspace, again, in a pre-scripted, controlled way," said Michael O’Hanlon, director of research-foreign policy at the Brookings Institution.

And many support the president’s decision to withdraw, including White House national security adviser Robert O’Brien, who said President Trump "has never ceased to put America first by withdrawing us from outdated treaties and agreements that have benefited our adversaries at the expense of our national security."

“In the last few years, I think that Russia and China have both found themselves to be a little bit in the targets of American defense policy. And it's not that they necessarily love each other or completely trust each other. But they have therefore had a common interest in pushing back against us," O’Hanlon said.

O’Brien argues Russia has violated the agreement for years.

But Russia’s foreign ministry denies that. It says "Washington’s attitude towards the treaty changed for the worse when Russia started making regular flights over U.S. territory, especially when our country was first to develop and install digital surveillance equipment on its open skies aircraft. ... The United States has arrogantly ignored our proposals to resolve these issues, while insisting that its grievances be addressed immediately, even though we responded to these concerns on numerous occasions."

But those who support the treaty, like China, argue the flights help countries track whether their adversaries are secretly preparing to deploy forces or launch attacks. And China has been very vocal about its disapproval of President Trump’s decision.

"We deeply regret that the U.S. insisted on withdrawing from the Open Skies Treaty despite opposition from the international community. This move by the U.S. undermines military mutual trust and transparency among relevant countries, is not conducive to maintaining security and stability in relevant regions and will also have a negative impact on the international arms control and disarmament process," Chinese Foreign Affairs Minister Zhao Lijian said.

Many European countries say they plan to push forward with the accord as "a crucial element of the confidence-building framework that was created over the past decades in order to improve transparency and security across the Euro-Atlantic area."

President-elect Joe Biden has promised to reverse many of President Trump's actions and policies. No word yet on if this will be one of them.