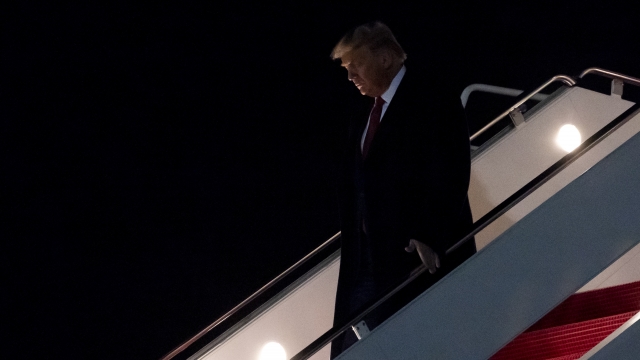 Barrett has served as a judge on the U.S. Court of Appeals for the 7th Circuit. She has a track record as a conservative jurist.

At a rally in Ohio Monday, the president acknowledged his role in reshaping the bench.

The president has the chance to appoint the most Supreme Court justices since President Reagan, who appointed four.

Senate Majority Leader Mitch McConnell has promised the Senate will vote on a replacement as we near the end of an election year.

"It was clear precedent behind the predictable outcome that came out of 2016. And there is even more overwhelming precedent behind the fact that this senate will vote on this nomination this year," McConnell said. "The American people re-elected our majority in 2016. They strengthened it further in 2018"

McConnell cited this precedent even though he blocked President Obama from confirming a new justice in his final year in office. At the time, Republicans said it was too close to the election, but Democrats pushed for a confirmation vote.