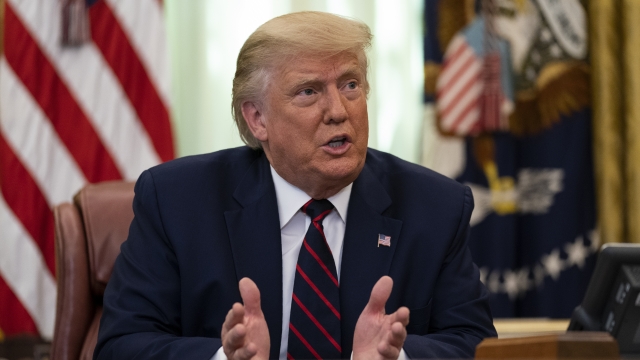 President Trump is denying a report that he called U.S. service members killed in battle "losers" and "suckers."

Multiple sources told "The Atlantic" magazine the president made the comments during a 2018 trip in Paris.

That's when the president canceled a visit to a nearby American cemetery to pay respects to some 1,800 marines killed in a single battle in World War I. Sources tell "The Atlantic" the president was quoted as telling senior staff members, "Why should I go to that cemetery? It's filled with losers."

Staff members also say he asked his aides, "Who were the good guys in the war?" The president denies the claims.

"It was a totally fake story. And that was confirmed by many people who were actually there. Uh, it was a terrible thing that somebody could say the kind of things and especially to me because I've done more for the military than almost anybody else. You look at how the VA's doing. It's doing incredibly well," said President Trump.