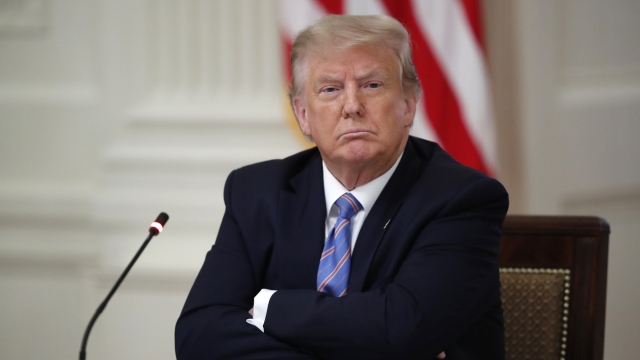 He also said the CDC guidelines on reopening schools amid the coronavirus pandemic are "very tough and expensive." However, on Wednesday, Vice President Mike Pence said the White House will be "very respectful" of states that can't fully reopen schools.

"There may be some states and local communities that, given cases or positivity in that community, may adjust to either a certain set of days or certain limitations, and we'll be very respectful of that," Pence said.

The director of the CDC says the guidance is "intentional for reopening and keeping [U.S.] schools open." The agency is expected to issue new guidance on reopening schools next week.

The Trump administration has accused opponents of wanting schools to stay shuttered for political reasons. Those opponents argue that reopening schools too early puts the nation's students at risk.

State and local governments are mostly responsible for schools, but the federal government does provide them with some funding.