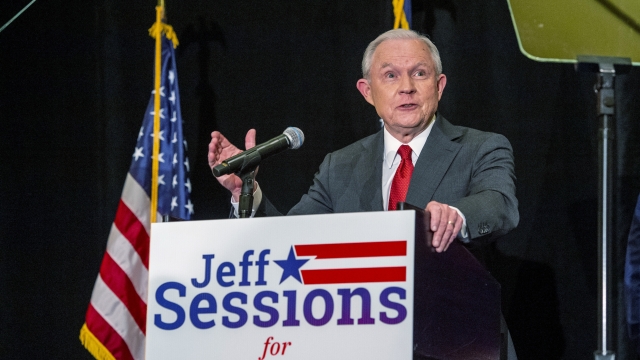 Jeff Sessions is back on the ballot in the Alabama primary today in hopes of reclaiming his old Senate seat. Sessions is in a runoff election against former Auburn University football coach Tommy Tuberville for the Republican nomination.

Sessions left the Senate to serve as President Trump's attorney general. But he was heavily criticized by the president after recusing himself from the investigation into Russian interference in the 2016 presidential election. Sessions was forced out of the role in 2018.

In this Senate race, President Trump has rallied against Sessions -- telling voters he's unfit for the role.

In a tweet over the weekend the he urged Republican voters to choose Tuberville instead, saying -- "Sessions is a disaster who has let us all down. We don’t want him back in Washington!" Whoever wins the primary will face off against incumbent Democrat Doug Jones, who coincidentally won the special election to fill Sessions' seat when he left to be attorney general.