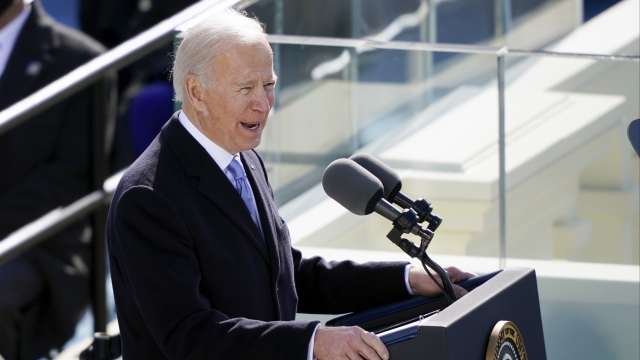 SMS
President Biden To Dismantle Trump Legacy With Executive Orders
By Gage Jackson
By Gage Jackson
January 20, 2021
His executive orders will likely focus on issues such as the pandemic, climate, immigration and dismantling some of the actions of his predecessor.
SHOW TRANSCRIPT

President Biden addressed the nation, acknowledging a deep divide and long uphill battle that lies ahead.

In his first days he's using executive orders to dismantle some of the actions of his predecessor.

That includes halting construction of former President Trump's border wall, rejoining the Paris Climate Accord and stopping the U.S. withdrawal from the World Health Organization.

President Biden has also pledged 100 million vaccinations in his first 100 days as part of a $1.9 trillion virus relief proposal.

In just five weeks, another 100,000 Americans died from the coronavirus, with the nation now topping 400,000 fatalities.