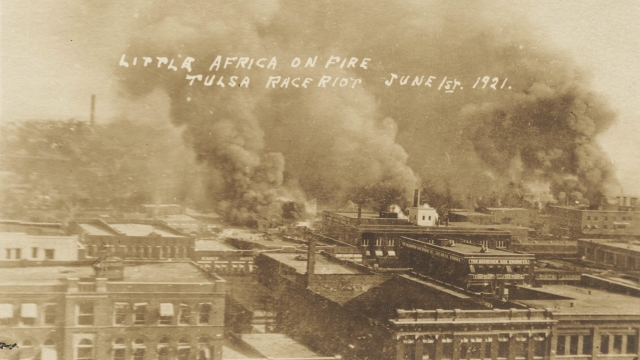 President Biden will travel to Tulsa, Oklahoma next Tuesday to commemorate the 100th anniversary of the Tulsa Race Massacre.

It's estimated that up to 300 people were killed. Homes and businesses were set on fire and destroyed. The aftermath resembled a war zone.

Viola Fletcher survived the horrors. And the 107-year-old testified before Congress last week. She's seeking justice and wants people to acknowledge what happened.

"We lost everything that day," Fletcher said. "Homes and churches and newspapers and theaters, our lives. Greenwood represented the best of what was possible for Black people in America."