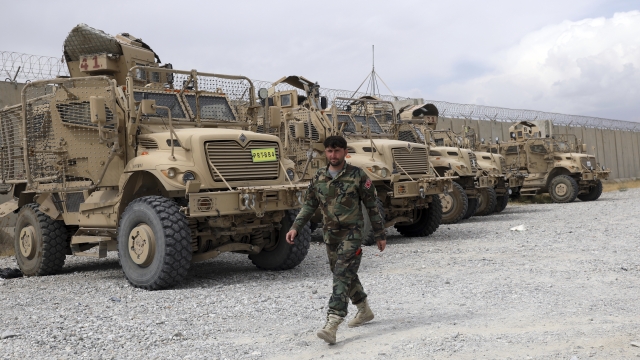 U.S. troops left Bagram Airfield base after nearly two decades of war and remaining troops are set to leave in August.

President Biden is expected to deliver a speech today about the military's withdrawal from Afghanistan.

Since troops left, there have already been reports of the Taliban retaliating against Afghans who helped the U.S. during the war.

Rights groups are calling on the White House to include at least 2,000 visas for Afghan women who helped U.S. troops.

The president is expected to address that push during his speech today.

Remaining troops are set to leave in August.